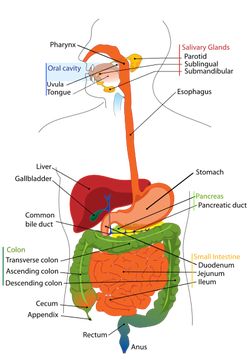 Grand Master Mantak Chia, creator of the modern form of Chi Nei Tsang, practiced Taoist disciplines under the tutelage of one of the lasts surviving White Cloud Taoist monks, One Cloud, from whom he learned the sacred enlightenment practices. These practices he made the core of his teachings and named the "Universal Tao System". Chi Nei Tsang became then infused with the important Taoist concepts of internal alchemy, the evolution of consciousness, healing as outgrowing pathological human conditions, and immortality, which involves the capacity to grow a conscious soul.

Chi Nei Tsang, as being taught by Grand Master Mantak Chia and his disciples worldwide, is deeply rooted in three different traditions: Classical Taoist Chinese Medicine, Traditional Internal Medical Thai Massage and Western Holistic Medicine. The combination of these three traditions is actually congruent with the ancient Taoist philosophy of change and impermanence: The Tao meaning "the Way", "the right manner" and "the Right Way to live healthily in this place and age". With its holistic approach, its medical science coming from the depth of classical Chinese wisdom and using the precise technology of traditional Thai medical massage, Chi Nei Tsang has been able to provide deep transformative and healing to the widest range of people worldwide.

Chi Nei Tsang (CNT) can be called "inner organ energy transformation," Chi Nei Tsang is based on Taoist practices and Traditional Chinese Medicine.   Most people know Chi Nei Tsang as an internal organ abdominal massage, but it goes deeper than that.  Chi Nei Tsang helps release stress and promotes healing by using techniques of massage directly over the navel and surrounding abdominal area where stress, tension and negative emotions accumulate and congest. The abdominal area is also known as the second brain and the Taoist regard as the Tan Tien. If this area is knotted up, the whole energy of the body is blocked. When this occurs, all the vital energy functions strain slowly weakening the internal organs and decreasing energy. Chi Nei Tsang bodywork quickly releases negative emotions, tensions and sicknesses, bringing comfort and relief to the abdomen and vital energy to the internal organs. Chi Nei Tsang is also effective in the treatment of digestive problems, such as irritable bowel syndrome, bloating and constipation. It eliminates toxins in the gastrointestinal tract and promotes lymphatic drainage.  Chi Nei Tsang is also very effective in helping with sciatica pain, lower back problems, buttocks and legs

Chi Nei Tsang coaches a person through applied Chi Kung which raises both awareness and Chi, or vital energy, the same principals applies in the philosophy of Kalari.  In Asian healing systems, the smooth movement of energy and body fluids is vital in keeping a person healthy.

Chi Nei Tsang requires breathing deeply into various areas of the torso while the practitioner's hands gently knead and press on soft tissues working around the navel and organs, using specific techniques to detoxify the body and to release the individual’s tensions and blockages.

Advanced Chi Nei Tsang therapeutic bodywork works to maintaining an individual’s health through tissue and organ massage and wind release techniques removing negative and sick energy affecting the physical body neutralising the destructive power of these sick and destructive energies, coaching students to sense and release the winds by themselves through healing exercises, meditations and self-massage techniques.

Our gut contains the memory of all our emotions from the past. Chi Nei Tsang allows the process of emotional life to be untangled, clarify and harmonised.  All of our non processed emotional life is stored in our digestive system waiting to be addressed, clearing this, leads to good health and emotional balance.  By working the abdominal area and opening the wind gates, you can relieve yourself of negative charges like sadness, grief, sorrow and depression. Our stomach is called the second brain and holds emotions that need to be addressed.

Chi Nei Tsang is a powerful technique for relieving the causes of back pain.


Benefits of Chi Nei Tsang treatment include the following: